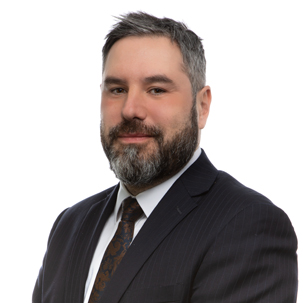 Mtre Christian Crites is a notary and legal counsel in dispute prevention and resolution. He is also an accredited mediator in civil and commercial matters. Mtre Crites completed his degree in civil law at the University of Ottawa in 2005. He obtained his master’s degree in notarial law from the Université de Montréal in 2007 and was sworn in by the Chambre des notaires du Québec in 2008. Mtre Crites is also in the process of completing a master’s degree in Conflict Studies at Saint Paul University in Ottawa.

Mtre Crites works exclusively in the field of dispute prevention and resolution (DPR). His expertise allows him to assist his clients with negotiation, conciliation, mediation and arbitration mandates. He is also an expert in the conceptualization and implementation of conflict management systems that he adapts to the needs of different organizations and industries.

Mtre Crites is duly accredited by the Institut de médiation et d’arbitrage du Québec (IMAQ) and by the Court of Québec (small claims division). He also teaches the mediation and participatory justice course at the Faculty of Civil Law at the University of Ottawa.

Member of the Chambre des notaires du Québec since 2008