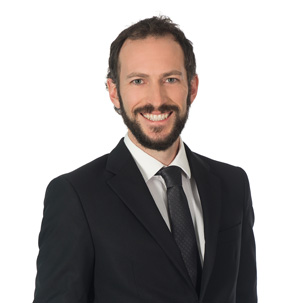 Mtre Jean-François Venne-Pronovost obtained a degree in industrial relations in 2004, a law degree in 2006 and a master’s degree in notarial law in 2008. Throughout his school career, he won several awards and distinctions. Upon completion of his studies, he joined Gagné Isabelle Patry Laflamme & Associés to complete his internship and to develop a specialization in co-ownership law.

Mtre Pronovost works closely with the real estate team of the firm. He stands out in non-traditional and innovative projects. He knows how to bring a pragmatic approach focused on the needs of the client and seeks adapted and creative solutions. His areas of interest include major projects and co-ownership law.