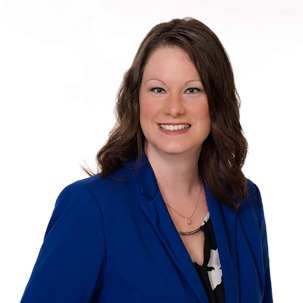 Stéphanie Mercier graduated from the Université de Montréal in 2006 with a degree in notarial law, after graduating from the University of Ottawa in 2005 where she obtained her civil law degree. This notary has a strong interest in law of persons, estate law as well as real estate law. These interests gradually developed over the six years during which she worked as a student for Gagné Isabelle Patry Laflamme & Associés.

Since she became a notary, Mtre Mercier has assisted the senior notaries of the firm in complex cases and is now specializing in estate law and law of persons.

She is chairman of the board of directors of the Jardins du Souvenir funeral home. She was also chairman for the law of persons committee of the PME INTER Notaires network.