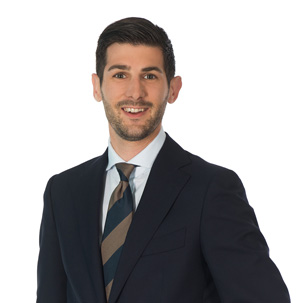 Mtre Mathieu Turpin, notary, LL.L., J.D., LL.M., is a graduate of the University of Ottawa. He obtained his degree in civil law in 2011, his Juris Doctor in common law in 2012 and his Master of Laws with a specialization in notarial law in 2014. Mtre Turpin began his career within Gagné, Isabelle, Patry, Laflamme & Associés in 2014 while he was studying for his master’s degree. He subsequently completed his internship and has been practicing at the firm since he became a notary in March 2015.

Mtre Turpin practices primarily in business law, namely for the sale and financing of commercial real estate properties. He will also be able to assist with the incorporation of a corporation, as well as with the sale of shares or the sale of a business. His knowledge of civil and common law allows him to solve a multitude of legal issues arising in the region of the national capital and to help his clientele with such issues. He is also a member of the Board of Directors and the Planned Donations Committee of the Gatineau Health Foundation since 2019.